How Sport Betting Kiosks Could Enhance The Fan Experience 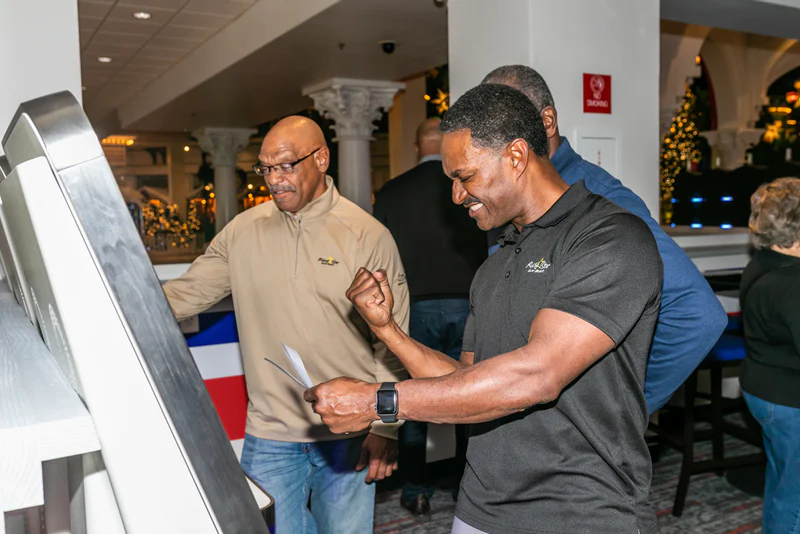 The installation of modern self-service kiosks in the last few years has expanded to the point that one recent analysis projected the industry to hit $38.52 billion in value by 2028. The machines have reached a stage of user-friendliness, infrastructural support, cost-effectiveness, and power that unlocks all sorts of capabilities. Here at KT, we’re constantly demonstrating how kiosks can serve virtually innumerable purposes across sectors, and it’s increasingly evident that one of those use cases is enhancing the fan experience in live sports.

Here’s why kiosks have particularly exciting potential when it comes to this type of event moving forward.

Betting is one competency that we’ve covered previously with regards to lines like the Whizz family. The possibilities for this vary by territory, but where legally permitted, kiosks can be placed in stadiums and arenas for the specific purpose of facilitating on-site and mid-game bets. The gambling industry has long been a major player in kiosks, and without a doubt, concepts like this in stadiums could easily support betting expansion without hassle.

Kiosks used to purchase and redeem tickets are already pretty ubiquitous in certain kinds of venues. But with blockchain already beginning to revolutionize ticketing in the way it enables pseudonymous person-to-person transactions, kiosks could make it easier for fans to exchange seats or buy upgrades via on-site blockchain transactions. With even major retailers now installing Coinstar ATMs (or “BTMs”) capable of handling certain Bitcoin transactions, this layer of tech seems to keep defying critics and go ever more mainstream. Blockchain-based ticketing and exchange kiosks in stadiums seem more like inevitabilities than mere possibilities.

Here’s a thoroughly modern concept that could find its way into kiosks of the not-so-distant future. Currently, fan tokens exist as crypto-like assets that fans purchase both as collectibles and as keys to certain perks and benefits –– such as having a say in surveys that decide things like stadium music or uniform choices. While tokens and related actions are available via apps at the moment, kiosks could serve as in-person terminals where people can either buy tokens or participate in the polls and games to which the tokens provide access. Given that fan tokens can also be used to win prizes such as VIP game tickets, the concept could ultimately even be integrated with the previous two items on this list.

Market leaders in the fast-food industry have normalized this use case, already making it appear inevitable in other spaces. Having multiple kiosks is already reducing line lengths for people putting in food and drink orders without the need for massive staff, so putting similar kiosks in sports arenas around the world seems like a bit of a no-brainer. A lot of people can still get frustrated with making orders on phones for food to be delivered in the stands, and particularly with refinements that big players like McDonald’s have implemented to make kiosks more inclusive for the blind and partially sighted, it’s a great time to be implementing similar solutions in stadiums.

There’s nothing like picking up a bit of merchandise when you go to see your favorite team. And while picking something off the shelf is fine, kiosks offer the potential to quickly customize the design of a hat or jersey and even see what they’d look like in life-size augmented reality. Having this kind of option in stadiums could make accessing certain items via a fast-print option even easier too, such that you could design and order it on the way in and collect it on the way out. And as 3D printing improves we could even see even greater customization options in time.

Many of these kiosk features are already with us, while others could be just round the corner. Altogether though, the future for the sports fan looks to be filled with fun and convenient tech options in stadiums.